Norway Chess: a supertournament fixture since 2013.

Altibox Norway Chess will be held from October 5-16, 2020; the latest edition of the Norwegian supertournament held in Stavanger since 2013. It will also be the first major over-the-board tournament since the start of the COVID-19 pandemic.

Magnus Carlsen has only won two of the seven editions of his home tournament (2016, 2019), the same amount as Sergey Karjakin (2013, 2014). Many players find it tough to perform their best with the hometown glare squarely on them.

Veselin Topalov (2015), Levon Aronian (2017), and Fabiano Caruana (2018) are the other winners. Carlsen has won the companion blitz event three times, however — Maxime Vachier-Lagrave has two victories, while Karjakin and Wesley So have one each.

This year Carlsen (Norway), Aronian (Armenia), and Caruana (USA) are joined by young stars Jan-Krzysztof Duda (Poland) and Alireza Firouzja (FIDE). Aryan Tari (Norway) completes the six-player double round robin. Firouzja defected from Iran last year and has yet to declare which country he will represent in the future.

In a sign of the times, the official player photos were taken with each man wearing an Altibox Norway Chess mask!

Over-the-board round robins are making a comeback in the latter portion of 2020, including norm tournaments and the National Championships of several countries … not including the USA, unfortunately.

In November, FIDE will restart the Candidates Tournament, another round robin that had to be suspended after the first half in March.

Small Swiss tournaments and round robins will return sooner than many expect. Large tournaments will be a concern for awhile, and I predict it will impact scholastic chess the most.

Thank goodness we have real chess again, and not only a bunch of online events! They’re better than nothing, but far from adequate in my opinion.

Who do you think will win Norway Chess in 2020? Post your predictions below! 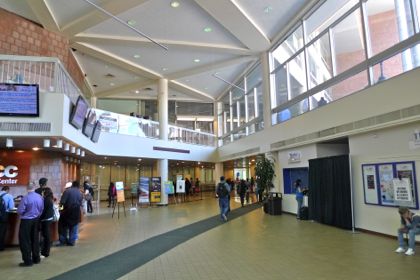 With the ongoing corona virus pandemic, chess tournaments have ceased. Online events like the Magnus Carlsen Invitational and now the FIDE Online Nations Cup have filled the breach.

The games are broadcast on chess.com and elsewhere.

The Format of the FIDE Online Nations Cup 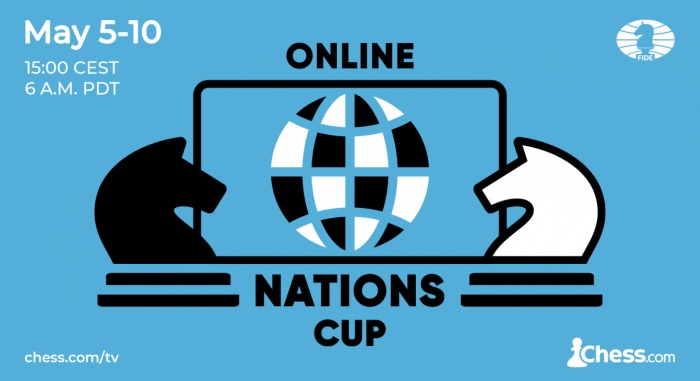 FIDE and chess.com collaborated on the FIDE Nations Cup.

The games are played with a time control of 25+10 (25 minutes for the entire game plus an additional 10 seconds per move starting from move 1).

There are six teams in the event with six players each; four male and two female players.

2½ points out of 4 are needed to win a match, and all boards count equally.

The team that wins each match gets 2 points and the loser 0. In case of a 2-2 tie, each team receives 1 match point.

It’s a double round-robin team tournament, so each team faces the other five teams twice for a total of 10 rounds. After 10 rounds, the two highest-scoring teams play a final match on May 10. The team with the highest score going into the final gets draw odds; in other words, if the final match is tied 2-2, the team with the highest score in the round-robin phase wins the event.

Four top nations are invited, and then two other “compilations” of teams were added.

The countries invited were China, India, Russia, and the United States.

The two additional teams were Team Europe and Team Rest of World.

Every team brought most of their top male and female players! The captains were notable too.

The Players and Captains of the FIDE Online Nations Cup

Having won two of the last three Olympiads and the last two Women’s Olympiads, China was undoubtedly the favorite. Longtime captain Ye Jiangchuan lead the team here, too.

Their top female players are present as well, including Cairns Cup winner Humpy Koneru and Harika Dronavali. Anand is playing and serving as captain, while former World Champion Vladimir Kramnik is an adviser to the team.

A mix of players from different nations is led by Candidates co-leader Maxime Vachier-Lagrave of France, former World #2 Levon Aronian of Armenia, and former World #3 Anish Giri of the Netherlands, who is playing as a reserve. Board 3 is Poland’s Jan-Krzysztof Duda.

Their female team members are Ukraine’s Anna Muzychuk and Georgia’s Nana Dzagnidze. Oh yeah, I almost forgot: their captain is the greatest player ever, Garry Kasparov!

Teimour Radjabov (Azerbaijan) has returned to the top with a bang, and he is joined by young star Alireza Firouzja who has not chosen a country to represent after leaving Iran. Bassem Amin (Egypt) and Jorge Cori (Peru) represent Africa and South America, respectively.

Former Women’s World Champion Mariya Muzychuk (Ukraine) and Dinara Saduakassova (Kazakhstan) round out their lineup. They are captained by FIDE President Arkady Dvorkovich, who I had the pleasure of meeting in person at a tournament in 2019.

China dominated the first part of the FIDE Online Nations Cup with 17 match points (+8=1-1). They drew Russia in Round 3, and only lost to USA in Round 10 when they had already clinched the top spot in the final.

The other teams — Russia, India, and Team World — fell out of contention early on.

China earned draw odds in the Mother’s Day final match, which I have to agree with. There should be a reward for winning the first, 10-round phase of an event like this. In one match, anything can happen.

Still, it was too much for the USA to overcome. On paper, China had an advantage anyway, especially on Board 4, with the strongest active female on the planet Hou Yifan facing my friend Irina Krush. I had no doubt America’s only female Grandmaster would bring her best, and she held a draw rather comfortably despite being massively out-rated.

To win the match, USA needed two points out of the three remaining games, and it was just not to be. Hikaru Nakamura and Ding Liren drew a very double-edged game on Board 1, while Fabiano Caruana pressed Wei Yi on Board 2 and Yu Yangyi pressed Wesley So on Board 3.

Caruana and Yu both won, which was fitting because they were the two best performers in the entire event. The match was drawn 2-2, and China won the first FIDE Online Nations Cup.

Will this event become a fixture in the future after we (hopefully) defeat COVID-19? I hope so! 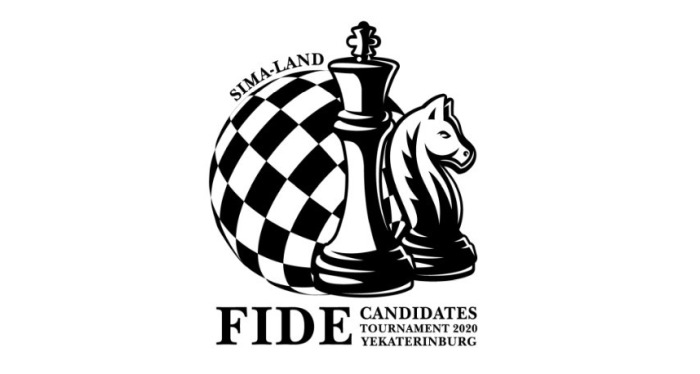