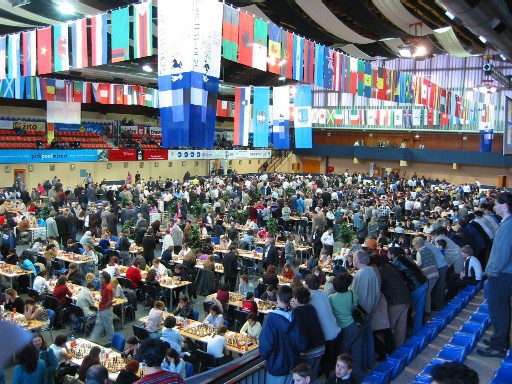 Chess tournament tips that will bring you better results!

This seems like obvious advice, but a lot of players ignore it! It’s among the most important tips.

Once you have played in a handful of tournaments, you’ll have an idea of what’s best for you. In case you don’t know, the time control is the amount of time in minutes each player has; double the time control to figure out the maximum time for the game.

The main sudden death time controls in the United States are Game/30; Game/45; Game/60; Game/90; and Game/120. Sudden death means the entire game will finish during that time period; a Game/60 could last up to 120 minutes (two hours), for example.

Then there are two-time control events like 30 moves in 90 minutes, followed by SD/60. The SD refers to sudden death, described above.

A 28-move game in this scenario could last a maximum of 180 minutes (2 x 90 minutes), because the additional hour isn’t added until move 30 is completed.

Don’t forget about increment and time delay. Increment adds free seconds after you complete each move, while time delay gives you free seconds before your time runs on each turn.

Tip #2: Play where you feel comfortable; avoid venues you dislike

Again, this should be obvious, but it’s amazing how many players don’t consider it! Environment should factor into your choice of tournament. You’ll feel relaxed and confident in some venues, while in others you might be “snakebitten.” Plan accordingly.

What are your goals in the upcoming chess tournament? Are you trying to gain rating points (a safe small gain or gambling on a large gain)? Are you trying to win money (and how much)? Is a prestigious title on the line, like a Club, Regional, or even National Championship?

Quads (events with sections of four players) are a good choice if you want to face players near your own level. Your rating gains won’t be huge even if you win every game, but possible losses are more limited, too.

For the players with dreams of winning a lot of money, consider that the more money on the line, the stronger the players in the section. Don’t be fooled: two tournaments can have players with similar ratings, but there will be a BIG difference in playing strength! If you’re trying to win a section of the World Open, for example, all I can say is good luck…

Tip #4: Bring your laptop to the tournament and prepare when possible

Not being a grandmaster doesn’t mean you shouldn’t prepare seriously for each game if you can. If you’re playing in a multi-day, long time control event, and your next opponent happens to be rated over 2000, look them up! There is a chance he or she has games in the database.

Don’t be lazy. Go to the pairing sheet, write down their name, run for the elevator, go to your hotel room, and try to prepare something for the game. Don’t worry about the 15-20 minutes on the clock this will cost you: this “quick prep” can help you avoid nasty surprises and allows you to ready your own.

Most of all, you can often predict the first 10 to 25 moves of the game, saving loads of time and effort! Moreover, if your opponent is not an IM or GM, they likely will not be expecting any preparation at all, since the pairings only went up 15 minutes before. They will just think you were late, went to the bathroom, or whatever. Just don’t blitz out your prep…

This pregame prep also applies when you want to play an event when you know or can predict who will enter the event, such as a club tournament. In this case, make your prep before the event and print it out to study between rounds.

Walking is good for your nerves and your health, but that is not the main point here: you should quickly scan the boards in your section to see what openings are being played, which will also give you a clue about the repertoires/styles of possible future opponents. Pay special attention to the boards nearest you.

Expect others to be observing you, too. To combat this, you should have an opening repertoire you know very well, or a few go-to openings so you can change things up.

Tip #6: Decide BEFORE the game whether a draw is acceptable to you, or if you are determined to play for a win

This is a personal decision. There are few absolutely right answers.

The most obvious question is what to do when there is a chance to win the tournament, secure a prize, or qualify for something? What about being paired down 200 points in an early round game? Are you going to spend the extra energy (and increase your risk of losing) to make sure you don’t draw a lower-rated opponent? Tough decision.

What if you are playing up 200 points and can go for the win and some glory, but also lose if things don’t go your way…should you go for it or force an available draw by repetition? Once again, a personal decision best made BEFORE the game begins!

Tip #7: Find your favorite energy booster and use it during the game

I’m talking about fruit, coffee, chocolate, sugary stuff, etc. Whatever you like. Go to it more when the critical phase of the game is approaching.

Critical means a turning point in the game, such as when the game is becoming complex and key decisions/calculations need to be made. It could also refer to the clock: a nerve-wracking time scramble is on the horizon! Either way, the extra boost will help.